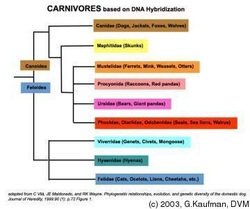 Few people know that ferrets are most closely related to the "dog branch" of the carnivore family tree. Perhaps this is why so many people find their companionship so special. However, while unaffected by feline distemper, they are especially susceptible to canine distemper (CD). This includes pet domestic ferrets as well as their wild "cousins" - the black-footed ferret as well as the European and Asian polecat.  In the US the then last known wild colony of black-footed ferrets were nearly wiped out by an outbreak of CD in 1985 prompting a major effort to avoid complete extinction of the species.

Canine distemper is caused by a virus that closely resembles measles in humans. It causes severe respiratory distress, high fever, conjunctivitis, light sensitivity, neurological issues, diarrhea, lethargy, anorexia, and eventually in well over 99% of cases, death. Symptoms can vary, but include a rash; dry scabby patches on the footpads, under the chin and around the anus; diarrhea and lethargy. There is no known cure.

Fortunately, there are vaccines effective in protecting pet domestic ferrets. Also, outbreaks are relatively rare in domestic pet ferrets - though when they do occur they are most usually occurring in a shelter environment among animals with unknown vaccination histories. They also seem to occur most often in groups that have had exposure to the disease through close contact with unvaccinated dogs - for example, ferrets taken in from a multi-species shelter - or from exposure to affected wildlife - for example, a ferret found outdoors that has been in contact with an infected raccoon or skunk.